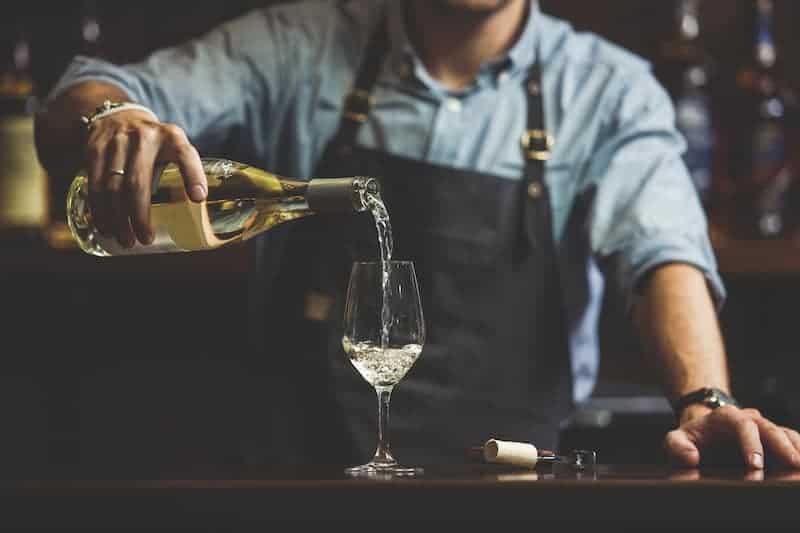 As we head into autumn, we’re curious about the structure of restaurant wine lists. Why is the white wine listed before red? Why is Champagne, or sparkling wine, typically listed first? Why don’t we see more natural wines on San Francisco wine lists when they’re booming on lists from Copenhagen to Melbourne? To help us unravel these conundrums, I spoke with Joe Shackel of Frances, Cameron Tyler, sommelier at Quince, and Erin Pooley, winemaker and proprietor of Little Frances.

Joe, why is the white wine listed before red on a restaurant menu?

It would have to do with the flow of the meal. There’s a logic to it where you start with something like oysters or lighter fare, and then move onto the second and main courses, [which are] typically heavier or larger portions. Historically, red may have been the preferred wine, and then white came along. At Frances we list the bubbles first, then lead into lighter whites and higher-toned reds, followed by heartier, more full-bodied reds toward the bottom of the list.

Often, guests will want to start with Champagne; it’s light, effervescent. It leads to other things. Champagne is usually the aperitif. It’s festive, an introduction to the meal. That said, sometimes a fuller Champagne can carry you through the meal, especially larger Champagnes like a blanc de noir that’s big and round and creamy. It can pair with a lot of dishes, even as far as game, such as duck, if there’s high enough acid.

People shy away from natural wines because they’re not clear. They’re often cloudy and still have remnants of the lees. There can also be remnants of crystals when you get to the bottom, and people think it’s a flaw, especially with the whites. I think it’s an aesthetic thing.

Curious to see if there is a shared philosophy on the structure of wine lists, from neighborhood casual to fine dining, I connected with Cameron Tyler, one of three sommeliers at Quince.

Cameron, what’s your philosophy when structuring the wine list at Quince?

I write my list in progression, so I try to have—within reason—the lighter styles before the heavier styles. Thus, it makes sense to have white wine listed before red. That being said, everyone wants to start with bubbles. Overall, Champagne is going to be a lighter style, an aperitif. It speaks to something you start with. At Quince, we always begin the menu with caviar. Interestingly, wines were historically listed in order of popularity.

Why aren’t we as quick to see natural wines listed on menus?

I don’t know if I agree with that—I have a lot of natural wines. It’s a term I don’t necessarily like. Even as a natural wine maker you probably have some type of trellis, even if it’s a bush vine. I make it a point to highlight wine made in a more ancient style (the term I prefer to natural).

We have Leroy—some of the most expensive Burgundy in world. There’s no reason not to. [The winemaker] does everything that’s considered natural wine making—indigenous yeasts, no addition of sulfur, and there’s tons of overflow on her bottles. I almost always have a natural wine on my pairing. The reality is most natural wine makers don’t produce that much wine, and shipping can have a more volatile effect. To that end, I’ll buy a couple of bottles (even of something I’ve tasted before) to see how they fare. If only Michael Cruse made a little more Ultra-Marine we’d all be happy. He’s only producing 150 bottles per year of that cuvée!

Still eager to understand the historical significance of the structure of wine lists, I dug deeper. Why do France and Spain list the reds first on their lists?

According to Erin Pooley, a wine- maker producing in both Australia and Northern California, red wine, historically, was more prominent, or notable, in old-world wine growing areas such as France and Spain, so you’d often see it listed first. Also, you’d want to select red wines at the start of a meal in order to decant them.

In support of Pooley’s last point, I’d add that consuming a bottle of wine with a meal in France and Spain (or Italy and Greece) is more common than ordering wines by the glass, in contrast to drinking habits in the States. And starters can be heavier fare in Europe, such as pâté or charcuterie, which often pair strongly with reds.

The next time you peruse a wine list, notice its progression. Is it structured lightest to more full bodied, is it listed in order of wine growing region, or perhaps most approachable to most unusual? Cheers!