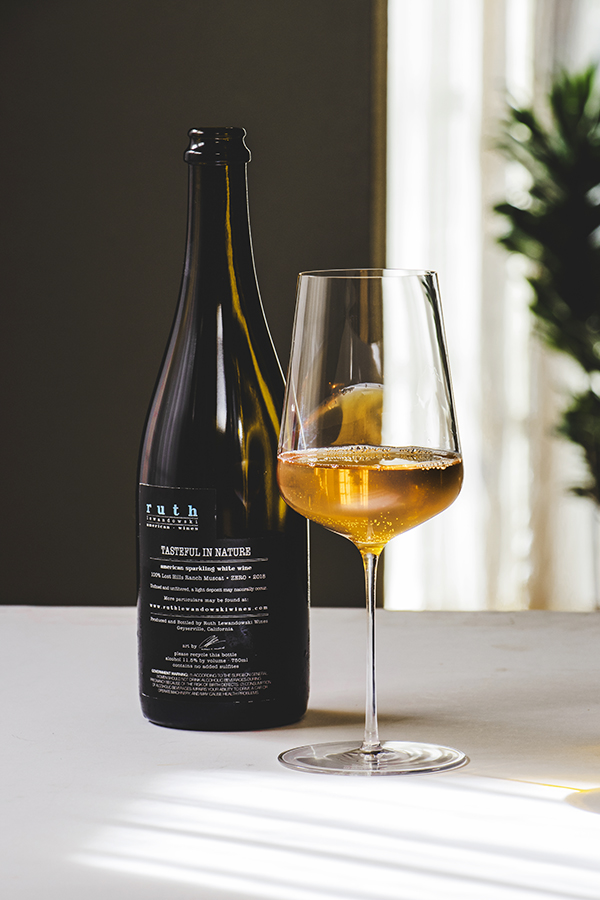 You’re first enchanted by the color, since muscat is typically a blonde-colored wine and this appropriately autumn-themed hue is a result of the just-pressed juice remaining in contact with the skins during some of the fermentation. Plus this wine is unfined (so there may be some sediment in the bottle) and unfiltered, adding to the distinctive color. And yeah, it tastes as good as it looks, but we a song in place of writing a tasting note:

Notes from Evan Lewski, winemaker:
Muscat can be a really interesting variety in it’s aroma profile. It doesn’t have to be candy and flowery sweetness, it can be musky, feral, earthy and really textural all at the same time, especially if you employ the skins. I did a full skin maceration during the ferment which took 10 days or so, then pressed off the juice and aged it in barrels for a year. Then it was bottled with the next year’s incoming juice (liqueur de tirage) which added sweetness, yeast and a second fermentation while producing some very fine bubbles. Bottled and then disgorged in July. It’s funky in a pheromonal way (11.5% ABV). More from Evan Lewski and Sara Morgenstern.

This wine was just released and we purchased the bottle directly from Ruth Lewandowski Wines.