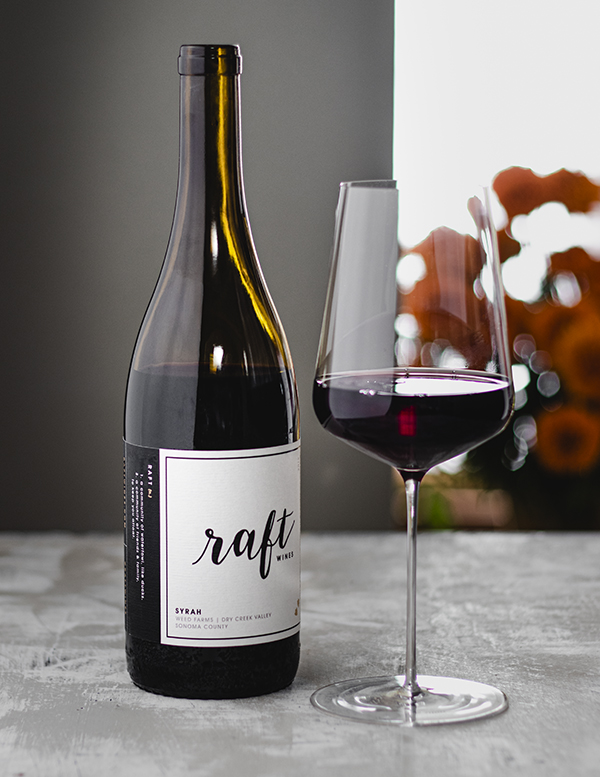 We drink a lot of this Syrah. It’s reasonably priced at $28/bottle and it comes from a vineyard with an interesting story, which means we enjoy it that much more, because when a winemaker shares intimate knowledge of what goes into a bottle, they’ve also poured a little bit of their soul in as well. Besha Rodell, the Australian wine writer for The New York Times wrote about just that in a column this week, describing revelatory bottle of Nicolas Joly Savennières she enjoyed with her husband on their honeymoon:

It was one of those watershed moments in the life of any wine drinker, transforming one’s understanding of what wine can be and do and conjure.

Our meeting with Mr. Joly taught me something thrilling about wine: Sometimes you can taste the soul of the maker in the bottle. This is not always the case. So much wine is made purely as a product, or as a result of longstanding tradition, or as an act of hubris. But there was a reason we’d connected with that particular wine on the night of our honeymoon, a reason it stirred something deeper than pure enjoyment. It was as mystical and weird and complex as the man who made it. —Besha Rodell in When Wine Is More Than Just a Drink for The New York Times

And here’s winemaker Jennifer Reichardt of Raft Wines talking about the Weed Farms Syrah Vineyard from a podcast interview with Joy Manning of Edible Communities in 2018:

The proprietor, Sally Weed, it’s her vineyard. There’s a few things special about the wines. One, when I started Raft Wines, those were the first grapes that came onboard. I’ve known Sally for many years and she always said when I was ready to let her know, and hopefully she would have some grapes available and she definitely did in 2017. So it has a special place in my heart for that.

On the other side, she farms it very, very, very sustainably. It’s kind of the coolest part about the whole wine is she has coho salmon that run along the creek in the vineyard, and coho salmon are very endangered in California, and so it’s rare to see them at all, and they actually spawned in this creek, which is incredible. So anything that happens in the vineyard has to positively affect the creek, so therefore it only gets pruned and it gets mowed, but there’s no spraying on the ground, there’s no spraying on the vine. Even if you farm organically, you’re still allowed to spray things in the vineyard and there’s nothing, so I think it’s the most honest expression of terroir there is because it’s just the grapes. There’s nothing else. I craft it in a way to really highlight all of that.

Plus a lot of soul.

We purchased this bottle directly from Raft Wines.