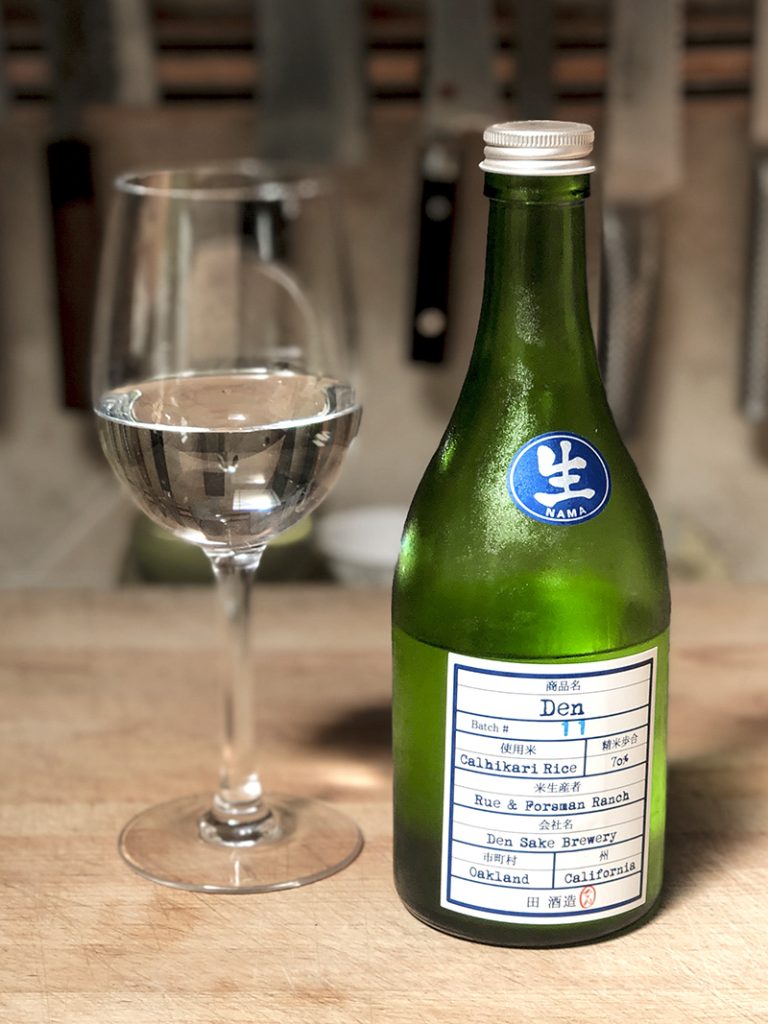 The latest release from Den Sake Brewery in Oakland features its trademark style of crisp acidity, balanced with a velvety smooth texture and definite notes of cantaloupe and green apple. We’re also struck by the fact that it seems very quaffable (that acidity!), which means it’ll pair nicely with the upcoming heat wave, if you know what we mean. We’ve been drinking Den Sake since batch #5 and with a new release approximately every four to six months. It’s fun to track the evolution of style as each batch evolves towards what seems a wine-like destination. In fact, if you’re a wine drinker that has yet to dip into sake, Batch #11 is the perfect gateway. We purchased this bottle at Gemini Bottle Co. It’s also available at Bi-Rite Markets and Fig and Thistle Market in the city.

Yoshihiro Sako uses time-honored Japanese techniques to brew small-batch sake using single-origin rice grown on Rue & Forsman ranch in the Sacramento Valley. With a focus on crafting sake that is meant to pair with northern California’s renowned cuisine, Yoshi works with the region’s sommeliers and shop owners to bring the beautifully ephemeral flavor of sake to the American table. Watch the Tastemakers episode with host Cat Neville as she visits with Yoshi at the brewery in Oakland.