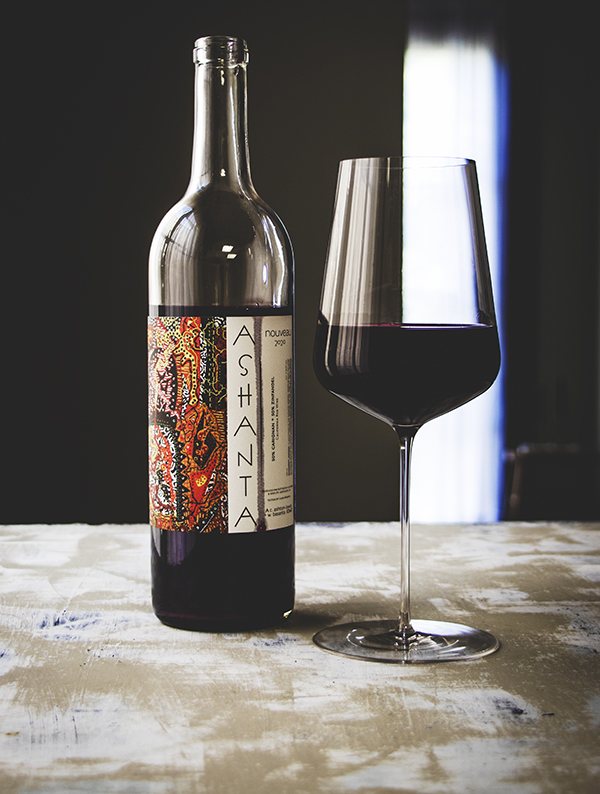 Chenoa Ashton-Lewis, a 5th generation Oaklander and 3rd generation Sonoma County grape farmer, and Will Basanta, a film maker whose credits include Chef’s Table, stumbled into winemaking in 2019 when they got word that a 50-year-old vineyard planted by Ashton-Lewis’ grandparents in the early 1970s was still full of unsold grapes that survived the 2017 Nuns Fire. They made their first barrel of wine, picking half a ton of grapes themselves and conjuring the juice into an experimental Syrah and Pinot Noir late harvest in an open barrel co-ferment inside a tent.

This year they connected with vineyard neighbor Tony Coturri who knew Ashton-Lewis’ grandfather and planted vines on Sonoma Mountain at the same time back in the 1970s as they were a part of a small collective of grape growers in Sonoma Valley who were organically growing grape vines before the practice became more wide-spread.

Mentored by Caleb Leisure and working with Tony at the Coturri Winery, they’ve released their first full vintage which includes the 2020 Huzzah! Pet Nat of Colombard, a 2020 Ashanta Sidra! Apple/Cider Coferment, and this 2020 Nouveau of Carignan & Zinfandel. The carignan is sourced from a 74-year-old dry farmed, certified biodynamic + organic vineyard farmed by Maria Testa in Mendocino, and a 25-year-old vineyard farmed with organic practices by Sheila Bush in the Sierra Foothills supplied the zinfandel.

Ashton-Lewis notes that Ashanta Wines are zero-zero wines, unfined, unfiltered, with no SO2 additions, and fermented on native yeast at the Coturri Winery.

This “Noveau” is aptly named as it’s racy, juicy and bright. In other words, totally quaffable and best served slightly chilled. Cheers!

We purchased this wine at Fig & Thistle Market.