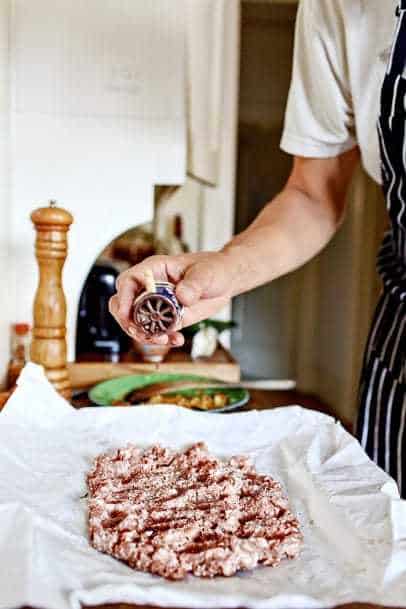 Most pasta sauces can be made in the time it takes for a big pot of cold water to come to a boil.

Some take much longer, and in learning to know the difference there may be some moments of disappointment and of hunger (or at least satisfaction delayed).

Pork should be the meat in it because, as my friend’s mother says, “Pork just tastes better.” Or, as my other friend says, “Chicken has become the default cheap meat, but it really ought to be pork.

Pork already is what we think chicken should be. Pork is more chicken than chicken.” She’s probably right, but what I love about ground pork for a pasta sauce is its sweet, rich flavor and its ability to quickly cook to tenderness. The sauce I came up with can, in fact, cook in the 30 or so minutes it takes to boil the water and cook the pasta, but it’s a bit better if there’s time to simmer longer. 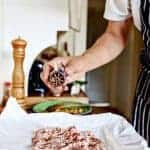 The final step is a very important one: tasting and correcting the flavor and particularly the texture, which is key to making really great plates of pasta instead of noodles that just happened to arrive at the table sharing space with the sauce.

Once you’ve drained the pasta (saving some of the water) and mixed it with the sauce in the pan, twirl in a fork and take a bite. Think about saltiness and spiciness, also acidity, but don’t forget to notice the consistency of the sauce and how it clings to the pasta.

Move some of the pasta aside and look at the bottom of the pan. There should be a little liquid there, a little juiciness. The olive oil and the starchy pasta water will combine to give the sauce a shiny, slightly thickened quality that sticks to the pasta. If yours looks too watery, turn up the heat and stir it around for a minute to evaporate some of the liquid. If too dry, add a splash of the pasta water and stir well. A last shot of olive oil is often very in order.

“The best beginner’s cookbook of the year, if not the decade.”  — New York Times Book Review