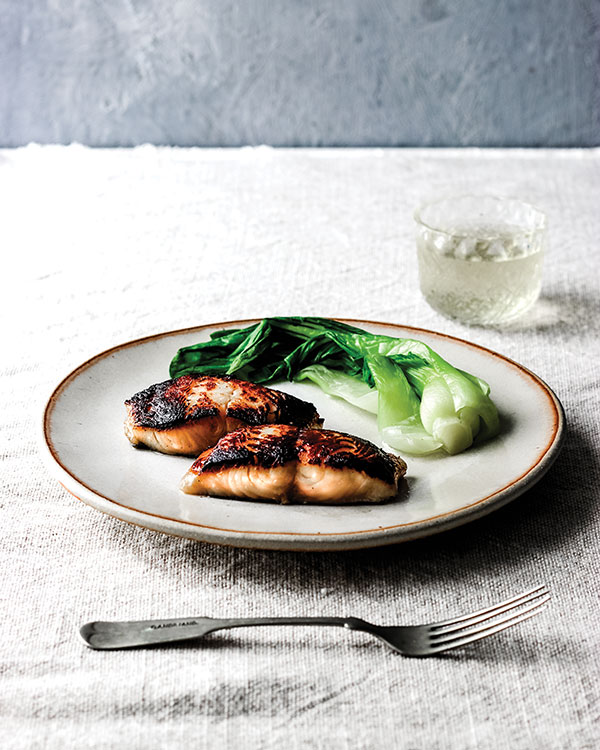 Chef Nobu Matsuhisa first served miso-marinated black cod in the late 1980s at Matsuhisa, his original Southern California restaurant. Since then, he’s opened 21 restaurants in the U.S., plus locations around the world, and restaurant chefs have put endless versions of this dish on their menus. When he published the recipe in Nobu, the Cookbook (2001), it entered the lexicon of home cooks. And no wonder: it’s simple, flavorful and since black cod is a fatty fish, there’s less risk of overcooking it. A quick Google search for “miso-marinated black cod” yields 500,000+ results.

Never mind the fact that the “black cod” called for in this recipe isn’t a species from the cod family: it’s a sablefish, also known as butterfish. And despite the seemingly overwhelming popularity of this recipe, sablefish remains a sustainable choice because the fisheries are so well-managed. Black cod for sale in the San Francisco Bay Area is mainly caught with pots that trap the fish where it lives in deep water, which means there is little by-catch and no negative impact on the environment. The black cod fishery traditionally used long lines with baited hooks along the sea bottom, but sperm whales and orcas grew adept at pilfering the lines as they were pulled to the surface, so pots were implemented in 2015.

We’ve adapted this recipe from the original by reducing the amount of sugar and the marinating time (Nobu calls for marinating the fish for two to three days). We like to serve this with steamed bok choy tossed with a bit of sesame oil, but any steamed hearty green—beet greens, chard, kale, turnip greens—will do. 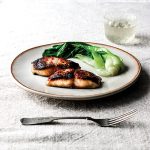 We’ve adapted this recipe from the original by reducing the amount of sugar and the marinating time (Nobu calls for marinating the fish for two to three days). We like to serve this with steamed bok choy tossed with a bit of sesame oil, but any steamed hearty green—beet greens, chard, kale, turnip greens—will do.

4 black cod fillets, skin on, about ‌ 6 ounces each

1. Combine the mirin and sake in a small saucepan. Bring just to a boil and take off the heat.

2. Add the miso and the sugar to the pan. Stir until the sugar dissolves. Let cool to room temperature.

3. Layer the fillets in a bowl and slather with the marinade. Cover and refrigerate for at least 3 to 4 hours or overnight.

6. Wipe the marinade from the fillets and place them in the pan skin side up.

7. Cook for 4 minutes. The flesh will start to brown and blacken in spots because of the sugar in the marinade, but this is ok, you’re after those caramelized flavors. Flip the fillets skin side down and slide the pan into the oven.

8. Cook in the oven for about 6-8 minutes, until the flesh begins to flake apart when you press down on it with your finger.

9. Transfer the filets to a platter or individual plates.

Sake pairing: Den Sake Brewery’s Batch #9 was just released in January. From Yoshiro Sako’s tasting notes: “Aromas of musk melon, kiwi, fresh pine nuts and enoki mushroom. Popping acidity offers solid structure on palate, with gentle briny umami tail on the finish.” It’s a wine drinker’s sake for sure and that acidity cuts through the richness of this type of dish.

Google says these are the top 5 recipes on Edible SF right now. Those Roasted Green Beans are still holding strong at #1. Who knew that was a thing? 1500+ cooks have viewed that recipe in the past month!