The Mother Teresa of Tacos: Joe Hargrave and Tacolicious 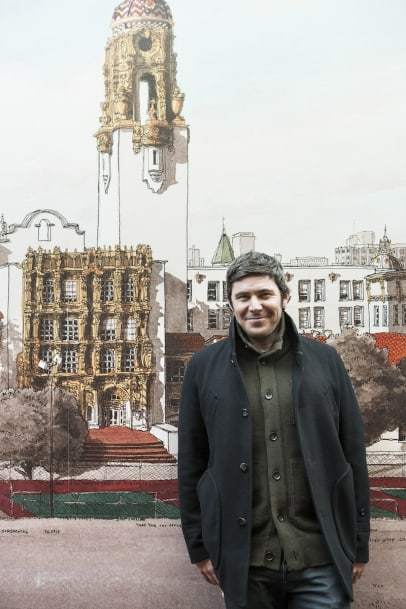 The Mother Teresa of Tacos.

Let’s begin with a confession: I never thought of Tacolicious as more than just another Mexican restaurant amongst the crowded chip-bowl of Mexican restaurants. Yes, its market-driven and no-burrito menu, the Mission location’s Mosto tequila bar and the spritely name lift it up from the other grab-and-go taquerias. But in San Francisco, even a butternut squash and Swiss chard taco can seem downright ordinary.

But here’s what’s extraordinary: While the Tacolicious operation screams passion for Mexican cuisine—and anyone driving by any of the brick-and-mortar locations can surmise its great success—Joe Hargrave remains incredibly modest when it comes to Tacolicious’s biggest accomplishment. I’m not speaking about the three years of packed tables nor the three locations with two more in the works. But by the close of 2012 alone, Tacolicious will have raised around $200,000 in support of local nonprofits. And unless you were an avid Tacolicious blog reader or a recipient of one of these generous checks, you probably would never know about it.

Of course, like a Swiss chard taco, “foodlanthropy” is nothing groundbreaking in San Francisco; other restaurants, such as Commonwealth and Mission Chinese Food, have connected plates to nonprofits before. But Hargrave’s charity work is not just a menu footnote. It’s making big footprints, especially in the area of public school education. And while these contributions began as a ploy for self-promotion, in many ways they have become the heart of the operation.

Even bad press can turn into good press. But for Taco-licious, the problem was that there was hardly any press at all.

For those who don’t know the Tacolicious story, here’s the quick and dirty: In 2007, Hargrove opened his first restaurant, Laiola, in the Marina—a Spanish-style eatery that received a three-star rating from the Chronicle and plenty of other media attention. Timing proved disastrous, however, for the endeavor. And amidst a financial crisis, both nationally and in his own establishment, Hargrave started thinking smaller: taco stand proportions.

Armed only with his trusty Volvo SUV, limited equipment and some pop-up tables, Tacolicious made its debut at a Thursday CUESA Farmers Market in 2009, immediately met by hungry patrons and 2½-hour lines. “I got my ass kicked,” Hargrave recalls, “and I loved it.” He knew he was onto something special.

From there, the taco stand grew into a full-size restaurant, breathing new life (and new food) into the old Laiola spot. Night after night, the tables filled up with a very loyal Marina crowd. But more importantly and surprisingly, his peers—including the likes of Michael Tusk, Craig Stoll and Alice Wong—proved to be the most enthusiastic customers.

“The feedback I was getting was positive and so many people from the industry kept coming over and over again.” Validation that this new concept was something special; something that resonated with common eaters and culinary professionals alike; and something so incorrectly stereotyped that it was getting completely ignored by the press.

Many pinned Hargrave as just a white dude trying to corner space in the Bay Area’s taco scene—a description that, at most, elicited skepticism, but never enough emotion to attract top reviews. “It was crazy how much grief I got for being a guy in the Marina doing Mexican food when I had opened Laiola to accolades having never been to Spain,” he says. “Why can I open a Spanish restaurant, but if I—god forbid—do Mexican food, it’s culinary murder?”

So Hargrave needed a plan, one that altered his reputation and shifted the focus away from him (the white guy), the food (the tacos) and bad stereotypes (all of the above). “I had a restaurant that no one wanted to write about. I had to figure out how to get the word out there. And I decided I would put myself on the map by leveraging philanthropy.”.

Give a Little, Get a Little

Two of Hargrave’s children attend SFUSD schools and one day, he and his wife received a letter from one of their teachers asking for donations of Kleenex, pencils, erasers and other basic schoolroom supplies. Hargrave learned that the school faced a $50,000 deficit for the year, with predictions of a $140,000 for the following year. “It was unacceptable to me that in San Francisco, a city with so much money, any deficit existed,” Hargrove says. “And at that point, we were so fortunate with the restaurant, I figured it wouldn’t hurt to help out.”

Teaming up with CUESA and some of his earliest supporters, Hargrave launched a guest chef taco series during his Thursday stints at the farmers market. Local celebrities (including Chad Newton, Craig Stoll, Michael Tusk, Charles Phan and Laurence Jossel) each took a turn at the stand, putting their own culinary twist on the taco and giving all proceeds to CUESA. A scheme Hargrave thought would benefit everyone involved: press for Tacolicious, a fun departure for his friends and money for a local nonprofit. And after earning over $8,000 during that first round of guest chefs, Hargrove realized he might be able to cover more than just erasers and Kleenex.

Almost immediately, Hargrave felt an insatiable thirst for philanthropy. “I started thinking, this could be quite powerful. It was generating good media but also quite a bit of money too. And if all the restaurants did this, maybe the deficit would go away.”

Until then, Hargrave continued to chip away at the budgetary holes by expanding fundraising efforts to include the Tacolicious School Project in 2012, promising 15% of proceeds (earned every Monday) to a list of local public schools as well as the nonprofit BuildOn.

On top of that, Hargrave and Tacolicious now host an annual Hecho en San Francisco event during Cinco de Mayo, raising over $10,000 this year for CUESA and La Cocina. And he says he finds it difficult to say no to other fundraising opportunities, like the Taco Open, which raised over $70,000 in support of New Door Ventures. Next year, however, Hargrove says Tacolicious will focus solely on public education. “Our giving has gotten a bit out of hand,” he jokes. “But if we can make money and the investors can make their money, the bills are being paid and we’re giving hundreds of thousands of dollars back, then everyone feels pretty good.”

As for his bottom line, Hargrave says his priorities have shifted. Before, good press and profits took top billing; now community wins over all. “I used to want to make 18% profit every month,” Hargrave admits. “But I learned that if I gave better benefits and more time off, I not only had a better product but more years with the same people. Which is better than more money and a revolving door.”

At home, Hargrave reports that at least his youngest has caught the giving bug too, announcing to the family at breakfast that he wished to gift all his holiday presents away to charity. And at work, he says the staff seems equally interested in the restaurant’s giving streak. He says he’s practically lost no one since opening and, in adding the philanthropic mission, the whole vibe of the business has changed.

“We’ve all evolved over the years and now have a company vibe that is pretty selfless.” Which is saying a lot for a small taco stand that nobody cared about.