Seven Stills Finds a Niche Between Beer and Whiskey 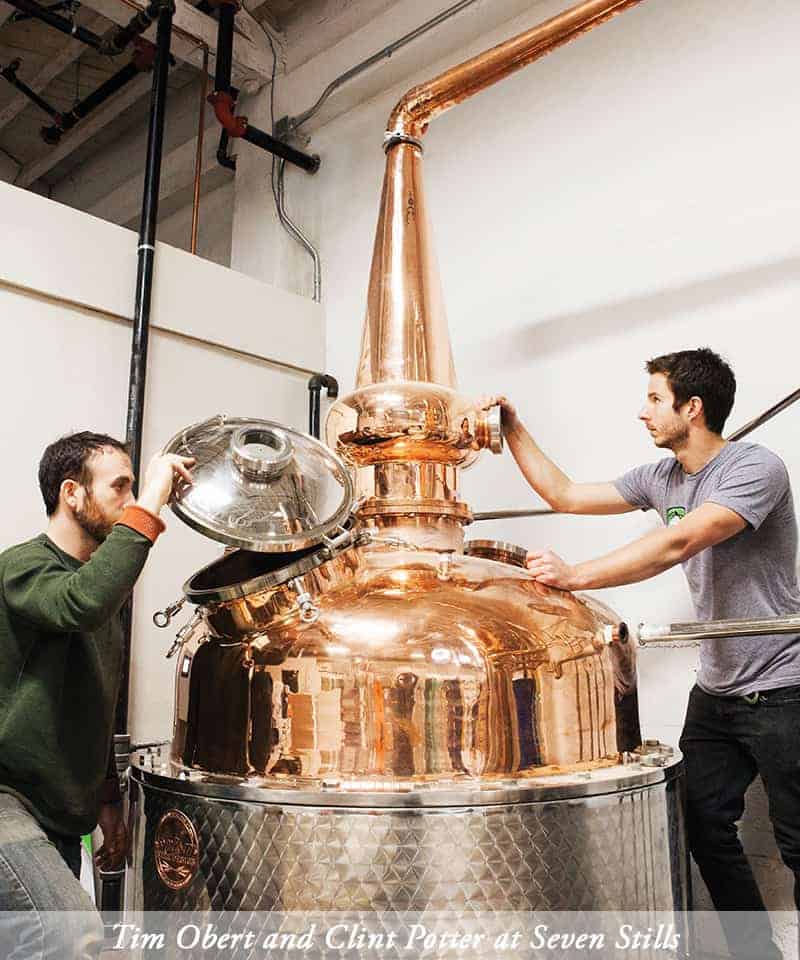 Obert and Potter called themselves Seven Stills, after the seven hills of San Francisco, and aimed to release one hill-inspired collaborative whiskey per year.

For the last of these, our scene has proven to have the invisible elasticity of a clown car when it comes to holding legions of triple-hopped IPAs, sour beers with a barnyard funk, Belgians thick as syrup.

And yet, to enter the craft beer scene now would be like showing up to SantaCon in a slightly different shade of red and expecting to be both noticed and appreciated in all of your carefully wrought individuality.

So what’s the best way in? If you’re Tim Obert and Clint Potter, you use the back door.

To Obert and Potter, that back-door entry into the beer world wasn’t opened with brewing beer at all, but rather by distilling from beer its concentrated, exalted, essential form: whiskey. Obert had some home-brewing experience and a recent apprenticeship with Pacific Brewing Laboratory, and Potter was a college friend and structural engineer who knew good whiskey when he tasted it. After enough pints of Obert’s beer, Potter fielded a question that was wildly novel at the time but seems almost obvious in hindsight: If you can make good, even great, whiskey from a mild, mediocre mix of grains and water, what kind of whiskey could you make with great, interesting, complex beer?

The idea is appallingly simple: take the crude beer that typically becomes whiskey—that mix of soaked, mashed and fermented grains and water called “mash”—and replace it with something that actually tastes like something. Mash doesn’t taste good, but it doesn’t have to; distilling and aging will give the basic spirit its character, at least enough character to hold up in a cocktail. Mash can make an excellent complex whiskey, but it will always be limited by the breadth of those ingredients which for some reason the industry hasn’t made great strides beyond, perhaps because classic whiskey tastes good and mixes well, or because the vast majority of us are pulling it from a flask at a concert and can’t tell the difference anyway. Either way, with a few hops and odd yeasts in the mix, it’s a whole different game.

This is the kind of simple, obvious improvement that ought to have been made by someone besides two college friends in their parents’ backyard, but the only precedents Obert and Potter found in their research were a few dull examples and an otherwise gaping space in the market—hiding in plain sight like a sinkhole in the desert. The two hunkered down at Potter’s parents’ house to experiment with distilling Tim’s home brews and made tiny microbatches until their shelves were littered with 30 or 40 jugs.

The results were promising: Russian Imperial Stout yielded a rich, hoppy whiskey with a chocolate backbone, and something about distilling did interesting things to the grassy, hoppy jasmine notes of some IPAs.

This, they could sell. But without another product to tide them over financially, making whiskey was too slow and expensive to be viable. And, as any brand new, self-distributing distiller with questionable knowledge of the law would do, they loaded cases into their trunk and sold it door to door, sometimes for cash. It would take an entire year to get rid of it all, but it bought enough time to develop some recipes and rent more time on big stills. 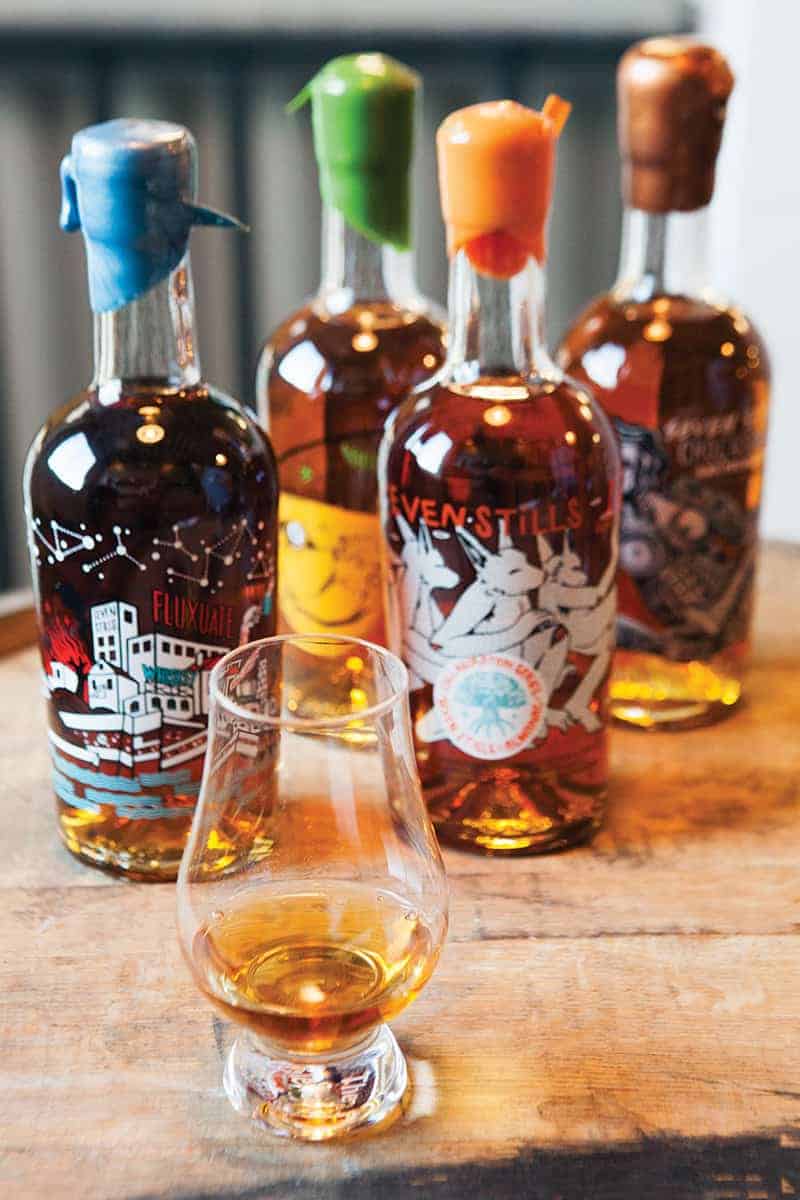 First came Chocosmoke, distilled from a smoldering chocolate oatmeal stout brewed with peated chocolate barley. Then came Whipnose, from an IPA by Pac Brew Lab. Chocosmoke is delicious, chocolatey upfront and earthy like sourdough crust, and Whipnose is astonishing. Distilling amplifies the flavors of mash, but it also has a way of eliminating bitterness and softening sour notes, which makes good work of an IPA’s hoppy profile. Additionally, the process seems to enhance an IPA’s aromas, but on the tongue it leaves a pleasant, prickly sharp whiskey that’s as fresh and sweet as a mowed lawn.

Obert and Potter called themselves Seven Stills, after the seven hills of San Francisco, and aimed to release one hill-inspired collaborative whiskey per year. Soon enough, there was Fluxuate, distilled from a coffee porter, and Dogpatch, a first attempt from sour beer which, just like Whipnose, is surprisingly subtle. Aged with dried cherries in new American oak, and finished in the sour beer barrels, it carries the spice of rye and, in lieu of sour, a tingling citrus something.

Recently, the two scored an upgraded space in Bayview, and after installing much of the plumbing and woodwork themselves, will open in early 2016 with the biggest whiskey still in San Francisco. The setup includes a full view of the distilling process, samples of experimental batches and—this time, finally—a tap bar for Seven Stills microbrews. After all, the best way to make space for more beer is to build that space yourself.

Seven Stills Finds a Niche Between Beer and Whiskey was published in the Winter 2016 issue. © 2016 Edible San Francisco. All photos © 2016 Stacy Ventura.