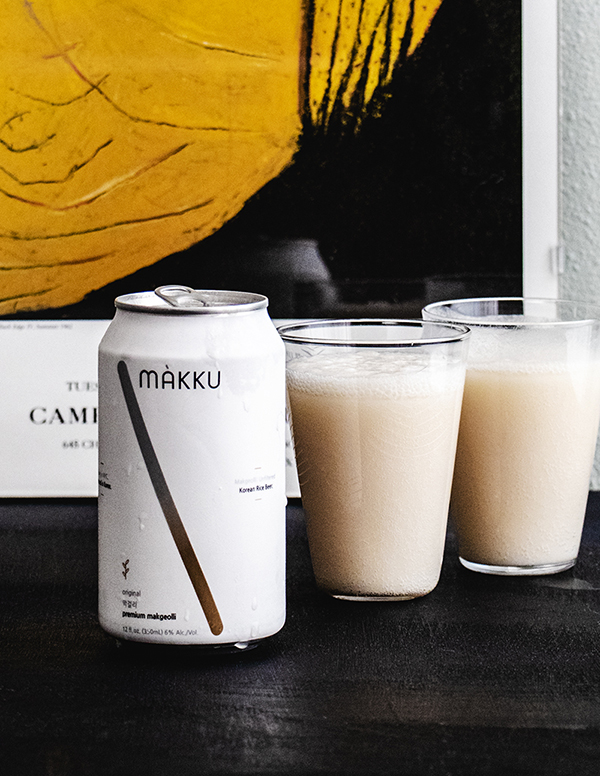 Shake it, shake it, shake it, suga! Makgeolli (pronounced MAHK-oh-lee) is probably the only type of beer you need to shake (like a polaroid picture!) before opening. It’s an unfiltered Korean beer made primarily from fermented rice that needs a good shake before opening because the sediments will have separated. Makgeolli has a creamy finish with just enough acidity and a hint of sweetness that makes it very food friendly (this is not your typical American IPA sledgehammer). And since it’s only lightly carbonated, it’s not going to explode/spray after that shake session. Really digging the Makku (above) which also comes in mango and blueberry flavored. It’s brewed near Seoul with 100% Korean ingredients. We purchased this beer from Queens.