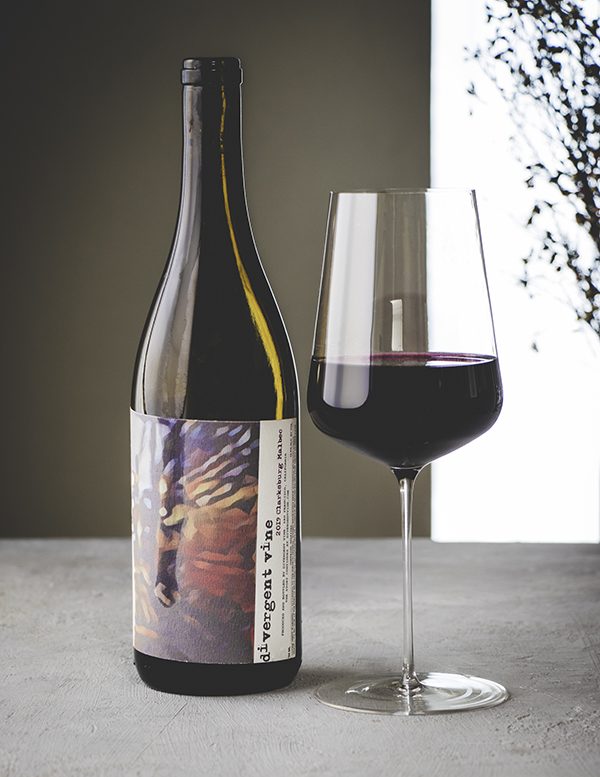 A bit of serendipity as we randomly pulled this bottle off the shelf and saw the Clarkburg AVA on the label, the same region as last week’s featured wine. The Divergent Vine 2019 Clarksburg Malbec is somewhat of a rarity as approximately only 0.5% of red grape plantings in California are malbec and those grapes most often end up in Bordeaux-type blends (with cabernet sauvignon). You’ve probably run into malbecs from Argentina, known for their rich, jammy and tannic style which are not exactly our cup of tea, but this bottle is not that. It’s definitely juicy. We get a big hit of concord grapes on the finish and it’s earthy too with light chocolate-like tannins. Plus there’s plenty of acidity to make it quaffable and food friendly, especially served slightly chilled.

We’re guessing the Clarksburg AVA attributes to some of that acidity, as it’s known for those grippy Chenin Blancs we talked about last week. These malbec grapes hail from the Heringer Estate, which is certified sustainable with Protected Harvest, and as of 2017, no longer uses Round Up in their vineyards.

From winemaker Aaron Bryon’s notes: We de-stemmed this malbec, 100% whole berry and fermented it in very large S-bin open air fermenters. The native ferment immediately took off the first night and the wine was completely dry and pressed off less than one week from picking. The short time on the skins yielded a very aromatic and light bodied wine, which we pressed into old French oak barrels for 8 months aging before we bottled unfined and unfiltered.

Besides Divergent Vine Wines, Aaron and his wife Amy Krahe are also proprietors of two other brands, Conduit Wines and Tag + Jug Cider Co, all of which were previously produced on Treasure Island. Former Mission residents, they just purchased a winery property in Fair Play, Eldorado County where they’ll be focusing on rosados, rosés and pét-nats, as well as the cider and cider-wine blends. Forbes featured their story last summer: These Small Wine Brands Found Opportunity In 2020, Despite Setbacks and you can follow along with their move to via Instgram: Conduit Wine.

We purchased this bottle at Other Avenues.