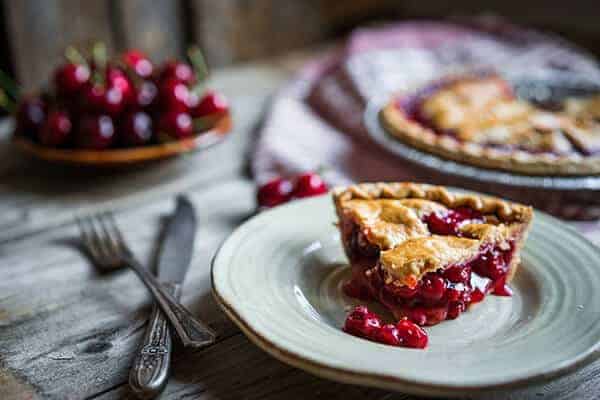 Don’t torture your friends; just follow this method and accept that, with pie as with the piano, practice really does make perfect. This fresh fruit pie makes practice delicious!

Last summer I sat by helplessly as my best friend from college became obsessed with making fruit pies. Daily texts, with questions and pictures, arrived. Phone tutorials were demanded. The coordination of a true lattice top explained. Several discussions about thickeners went down.

But the crust? That’s the real issue, isn’t it? I always make mine and I almost always use a mix of butter (for flavor) and lard (for texture). If, however, you would like to buy a crust to make things easy on yourself, by all means skip down to the filling section.