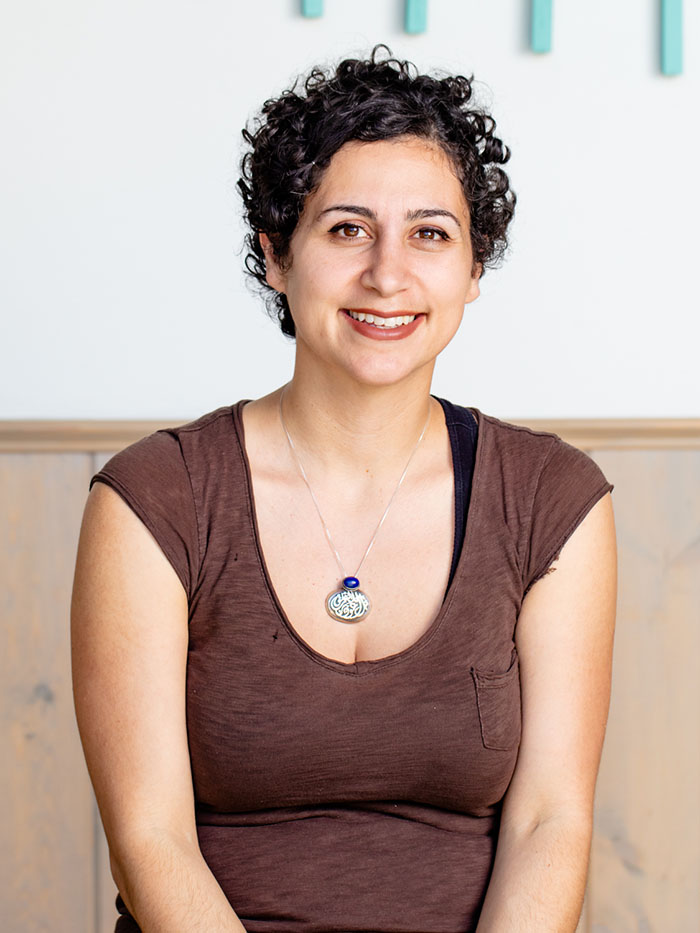 After a decade of community organizing, Reem Assil turned to baking to deal with burnout. The daughter of Palestinian-Syrian immigrants who met in Beirut and relocated to the Boston area, she found comfort in making familiar Middle Eastern flatbreads. She also found a new career: Reem’s California was nurtured at La Cocina and the Oakland-based business program ICA Fund Good Jobs. Reem developed a following at farmers market stands in San Francisco and Oakland before finding a permanent home in Oakland’s Fruitvale neighborhood in 2017. A year later, she teamed up with Daniel Patterson’s Alta Group to open the Arab-inspired, Californian-influenced Dyafa, a full-service restaurant in Oakland’s Jack London Square.

Edible SF: How did La Cocina help you launch your bakery?
Once I’d tested my product through pop-ups and events, they got me in front of all the right audiences. That was a game-changer for me. I got to cater for the Warriors; collaborate with Michelin-star chefs, such as Traci Des Jardins, Stuart Brioza, and Mourad Lahlou; and participate in the Street Food Festival—all pivotal to my success.

Edible SF: Was there a turning point for you in the program?I was in so deep at the end of 2015, it was too much for one person. I was working around the clock, making no money for myself, and physically and emotionally wasted. I didn’t think I could continue; a bakery seemed so far off. The La Cocina staff heard me and believed in me. They continued to send resources my way to give me the physical and financial support I needed to build a team so that I didn’t have to do it on my own. And they connected me to other entrepreneurship programs and business mentors that helped me think through a growth strategy. All of those things helped get me out of the trenches and able to look to the sky.

Edible SF: What was it like working alongside other entrepreneurs?
You’re in a kitchen with women from all walks of life, who speak different languages and are from different cultures. It was a truly humbling experience. I learned so much from the life stories of these women. I consider them to be a part of my development as a better cook and a better ambassador for my own culture. I gravitated towards Dilsa Lugo of Los Cilantros. She is so grounded and makes soul-filling Mexican food all while raising a family.